In 2007 I worked with photographers Williams + Hirakawa to document a concept piece of a man (me) sleeping on a sheet cake. It was a simple visual pun, a cake that looked like a pillow, and there's the obvious play on ‘sweet dreams.’ There was no intent other than creating the ambiguous, benign, image that we did, and releasing it to the world. Like my later PARTY MONSTER work, these images combine festive artifacts (cake) with a lone figure, and are produced to read as emotionally neutral.

A few years later, images from the shoot were sold to Getty Images as stock photos. Then in 2011 one of those photos appeared as #13 on the wildly popular Buzzffed.com list of "60 Completely Unusable Stock Photos."

Now claimed by online culture as a proper meme, the image constantly reappears (often with different captions - usually with a defeatist, or melancholy theme) on Facebook, Tumblr, and Instagram. #cakesleep 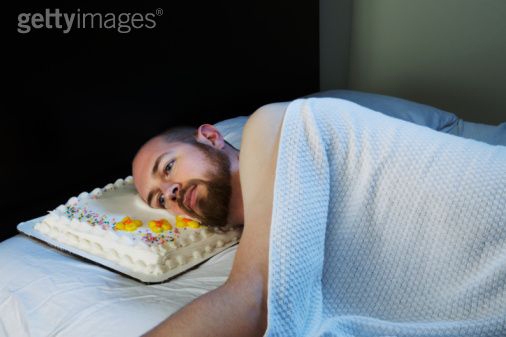 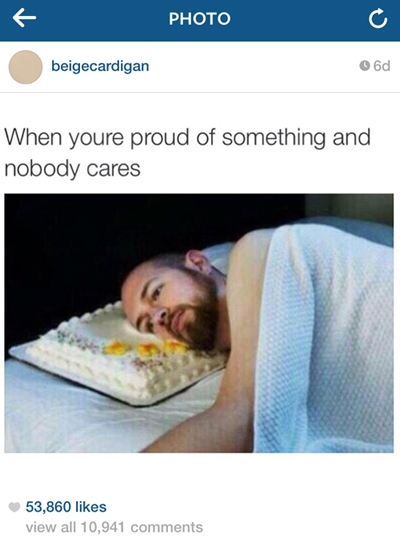