The PARTY MONSTER gallery installation was a stylized recreation of the "PARTY MONSTER" scene I fabricated in the winter of 2008 in an abandoned farmhouse in my home state of North Dakota.

At the opening party in LA, I had a 600 lb. block of ice with confetti frozen inside. (At the closing I had a pile of snow and a disco ball creating an ersatz blizzard). It was mainly so people could touch the ice and feel the cold of the original location, but there's also a link between how ice will melt, and party decorations will disintegrate, and all will change. 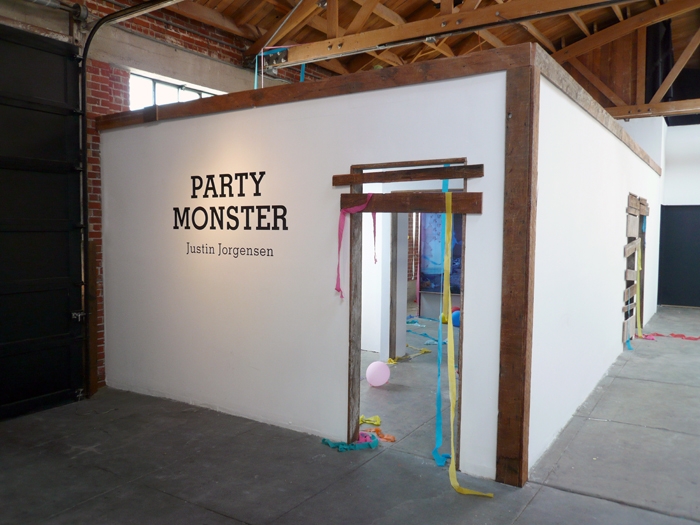 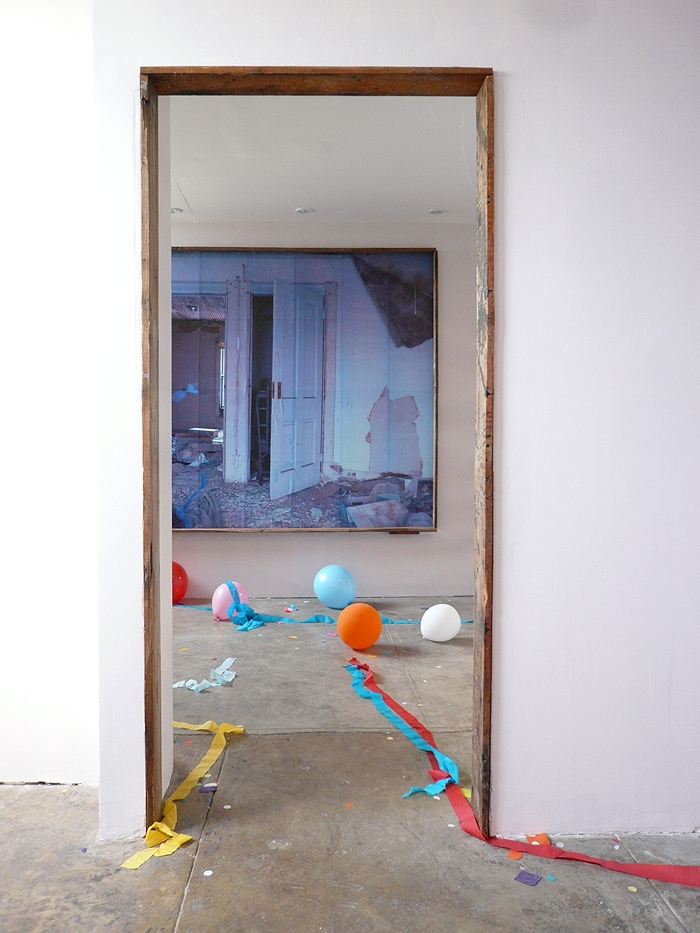 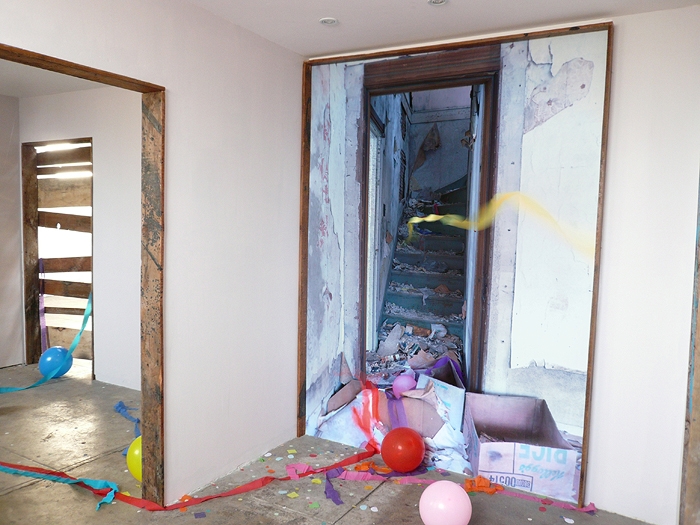 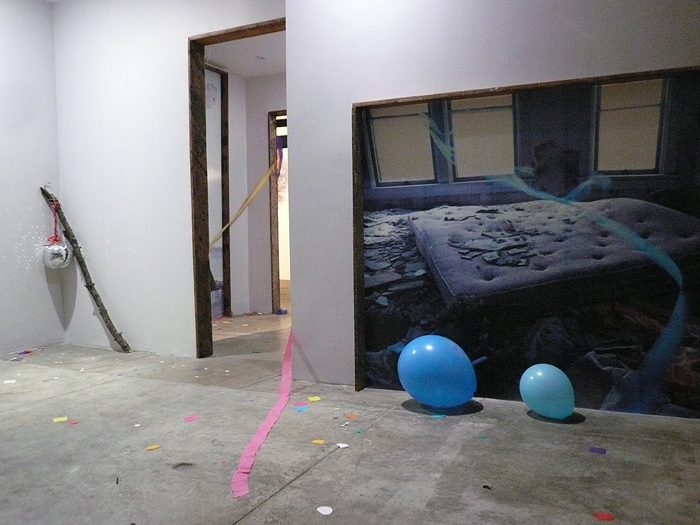 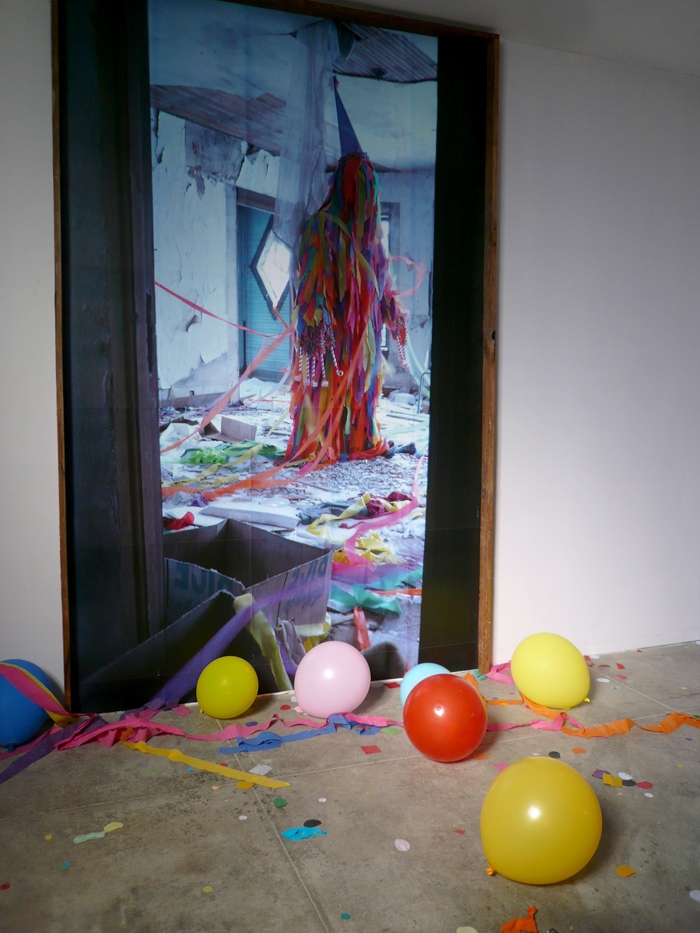 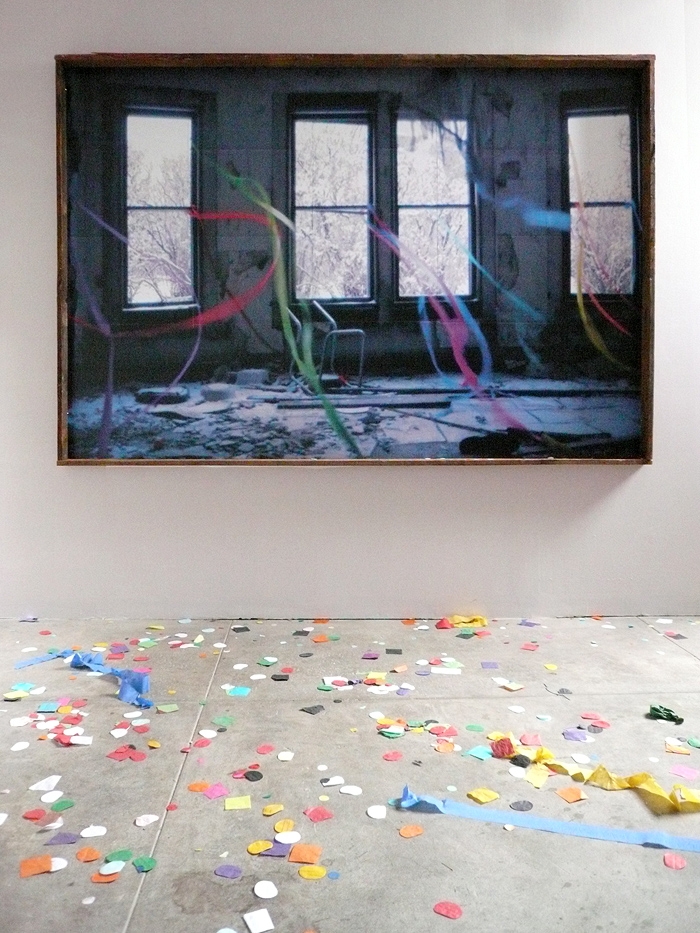 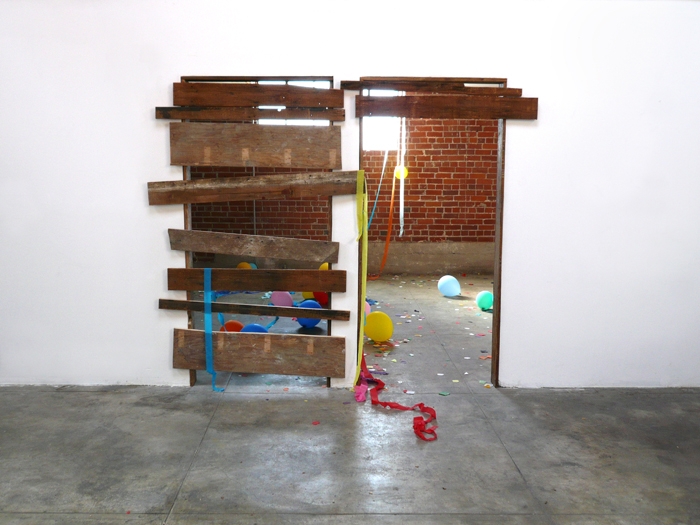 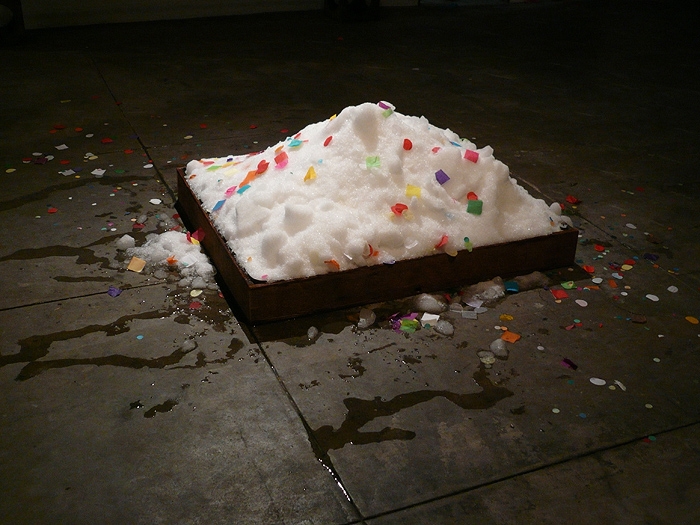 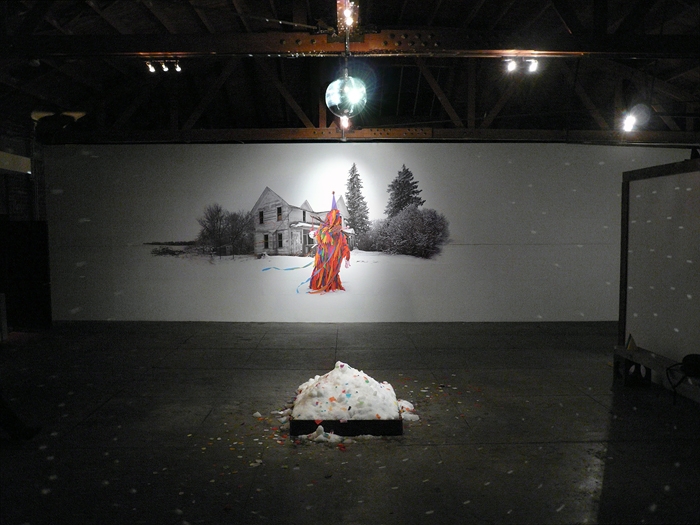 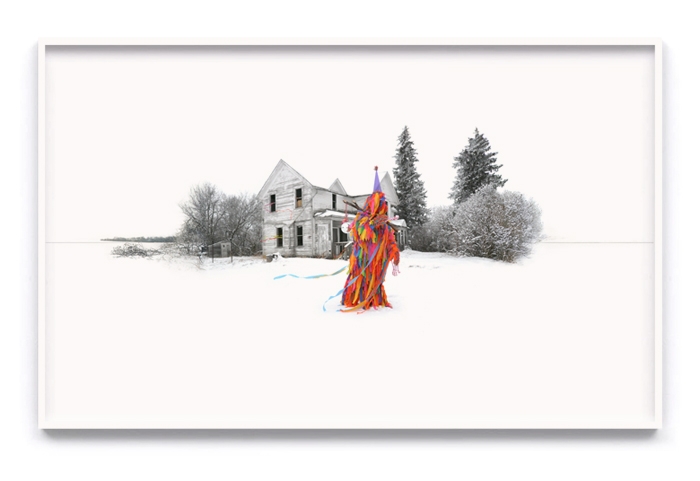